There has been a LOT of talk in the media, various forums, twitter, etc, about "herd immunity" in regards to the corona virus pandemic.

The idea, basically, is that if enough people catch and subsequently become immune to the virus, the virus will "look around" for new hosts within the population, as some have suggested, and finding none available, recede and eventually die out.

That "looking around" suggests viruses are alive, seeking to reproduce like bacteria and fungi.

What does 'holodynamic system' mean?

The term holo-dynamic system is (in my opinion) a more descriptive understanding of "holomovement" — a term coined by the late physicist, David Bohm. Bohm used the term holomovement to more accurately describe the inherent holographic nature of reality.

With the theoretical and experimental proof of nonlocality, we now know (as Prof. Victor Mansfield explained) we exist within " a radically interconnected and interdependent" world, and universe. And that each particle, person and planet are interconnected, and interacting at-once, nonlocally. As physicist Nick Herbert explained, these immediate interactions are "present not only in rare and exotic circumstances, but underlie all the events of everyday life."

As Bohm correctly noted, the universe is NOT static like a holographic image. It is in motion, in constant state of flux and interacting — hence the appropriateness of the term 'holomovement'.

"Holodynamic system" goes further, with the 'dynamic' aspect implying it is also expansive and creative. This follows from recognising that the concept of the "infinite" is not a static 'thing' that can be described, or assigned a symbol and conveniently written on a piece of paper, or put in some equation. The infinite is a process, of always expanding beyond 'itself'. The infinite is dynamic. Putting all that together, a holodynamic system (in which everything, everyone and every dimension or state) is interacting, at-once, while also growing and expanding beyond 'itself'.

The modern superstitions of science and religion

Modern science is still almost entirely based on 17th century concepts that physical movement is perfectly smooth and continuous.

This continuity of movement implies continuity of operation (of the world we experience) which naturally induced the perception that our universe (and our bodies) operated like a clockwork machine. This machine-world view was the impetus for the Industrial Revolution which resulted in many beneficial technologies (aircraft, automobiles, etc).

Around 200 years after Newton developed the calculus (which is based on the assumption of perfect continuity), the continuous-machine model was not able to explain a growing number of puzzling experimental results1 especially those concerning the presumed wave-like behaviour of light.

In the minutia of physical movement, movement is not continuous, nor clockwork in nature, nor predictable, nor certain ...nor physical in nature, but meta-physical.

In 1905 Albert Einstein resolved the mismatch of clockwork theory with actual experiment with his photo-electric effect for which he received the Nobel Prize in Physics. Light came in "lumps" or particles of energy, and these particles, what we call "photons", were not continuous.

This "quantum" view of light gave rise to a burst of discoveries2, leading to what is now accepted as being, by far, "the most successful physical theory in history"3 : quantum theory.

Physicists quipped that quantum physics was all about "lumps and jumps" - lumps of light that "jump" from location to location without travelling the intervening space.

As one leading physicist explained, "according to the quantum theory, movement is not4 fundamentally continuous".

However, our sciences are still working on the assumption of clockwork continuity, which works well enough for rockets, rifles and railways.

Medical science, for example, still seeks to find the static machine-parts (genes) responsible for our personal behaviours, despite the evidence for nonlocal, interconnecting fields of quantum potentials that would, if researched, open whole new avenues for healing and wellbeing.

In the minutia of physical movement including when we so much as lift a finger, movement is not continuous, nor clockwork in nature, nor predictable, nor certain ... nor physical in nature, but meta-physical.

Yet our sciences carry on, as if movement was continuous and purely physical. The bulk of modern science is reliant on 17th century assumptions that are incompatible with world's most successful physical theory. The scientific method calls for theories to be discarded or modified when faced with evidence that is unable to be accommodated within the scope of a particular theory. This is how science advances. The geocentric model (Earth as centre of the universe) was ultimately replaced by the heliocentric model (Earth orbiting the Sun) because of the weight of evidence for the heliocentric model.

The intransigence to upgrade science's mechanical-universe model with one that is compatible with the quantum evidence is, like the behaviour of priests in Galileo's time, the hallmark of dogma, superstition and greed. That failure (to accommodate the facts within a congruent world-view) is a travesty of modern science.

There are no bodily processes (chemical, electrical or otherwise) that can move anything infinitely ("infinite" literally means without end). Accordingly, physical movement is theoretically impossible when based on standard science's Newtonian (17th century) "assumptions". Given that physical movement is a routine aspect of everyday life, the root assumptions of standard science are clearly and unambiguously wrong.

Instead of applying 17th century thinking to our 21st century world, a new holodynamic world-view that matches the (quantum) evidence is, arguably, long overdue.

Superstition - "a belief or practice resulting from ignorance, fear of the unknown, trust in magic or chance, or a false conception of causation."

While sharing various ideas on a forum recently, it became evident there are many people (including and especially atheists, scientists and the religious) who still very deeply rely on superstitious beliefs.

And by "superstitious" beliefs, none are more evident than when the topic of Zeno's Paradoxes is considered.

To put things in context:

Imagine we have a number of belief-systems, let's call them BS1 and BS2. Let's now see how well they match a particular set of evidence (facts and observations, as can be readily experienced on planet Earth).

I was dialoguing with members of a "systems thinking" group who it seems are all left-brained, mechanical-universe thinkers who believe that there's no metaphysical dimension to life. It's all just physical stuff.

Continuing on from 'Consider some stuff', we can inquire further about the nature of stuff.

Since it's infinitely inclusive, my choices (and everyone else's) necessarily are 'made of' this one-stuff, whatever it is.

As well as the brain matter that facilitates (filters and frames the range of) choices.

Once again, one-stuff can't be excluded from all that occurs, otherwise it wouldn't be one-stuff that is the ground of all.

btw, one-stuff is perhaps a poor description. It might better be described as one-process, or one principle.

Which ultimately validates the Theory of One and All, with both sides being interdependent, and inter-penetrating, like individual and community; hand and body, wave and particle, finite and infinite. 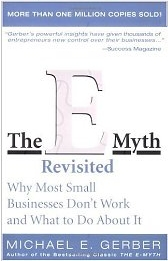